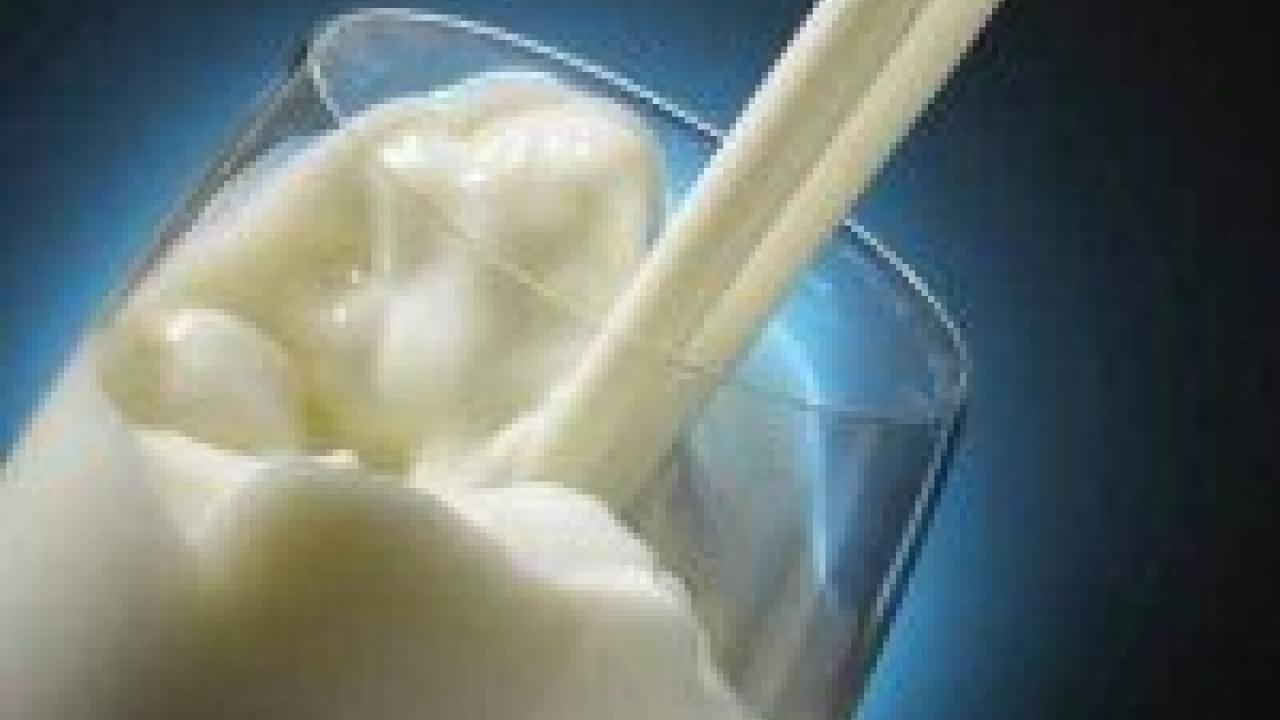 Research on milk glycans is funded for a total of $6.9 million from the National Institutes of Health, National Center for Complementary and Alternative Medicine, and the National Cancer Institute.

After spending more than a decade decoding breast milk’s important health-promoting constituents, a team of researchers in the Foods for Health Institute at the University of California, Davis, is now doing the same for cow’s milk, with potential benefits both for human health and the U.S. dairy industry.

Focusing on a group of naturally occurring milk compounds called “glycans,” the researchers are identifying molecules that — like those in mom’s milk — interact with beneficial bacteria in the infant gut to ease digestion, prevent inflammation and even fight cancer.

The first grant is led by David Mills, a professor and Peter J. Shields Endowed Chair in Dairy Food Science in the Department of Food Science and Technology, and the second is led by Yu-Jui Yvonne Wan, a professor and vice chair for research in the Department of Pathology and Laboratory Medicine of the UC Davis Health System.“ We’re working to better understand all of the bioactive molecules in milk, particularly those that promote growth of naturally occurring microbes in the intestine and, in general, boost human health,” said Mills, who is collaborating on both grants.Mills and colleagues are concentrating on glycans because they selectively feed beneficial intestinal bacteria and block disease-causing microbes from gaining a foothold.

“In babies, these milk compounds interact with very specific infant-borne bacteria, called bifidobacteria, to reduce inflammation, boost immunity and restore calm to these very fragile infant intestines, especially in premies,” Mills said.He noted that knowledge of the mechanisms involving how these compounds function also will have tremendous applications for other life stages and health circumstances, including during chemotherapy treatments, obesity management, and dealing with irritable bowel syndrome or inflammatory bowl disease.

Mother's genes can influences the bacteria in her baby's gut

If you would like more information about CHAMMP, please send your inquires to chammp@ucdavis.edu